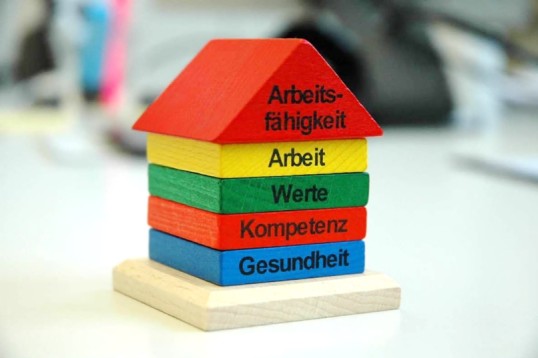 Global population development is monitored and analysed with the aid of population projection. It was in the 1970s that Germany first registered the world’s lowest national birth rate, and this downward trend spread to other European countries during the following decades. As a percentage there are now as many young people (<15 years old) as old people (> 65 years old) amongst the total population of Europe. The proportion stands at 16% in both cases.

Collective old-age, accident and health insurance was introduced in Germany during the 1880s as part of Bismarck’s social reforms. This system of social security is based on a numerically balanced ratio between the children and older people requiring support and the middle age group required to cover the cost of that support. Developments on the labour market can intensify the effect of the imbalance caused by the shrinking and ageing of today’s society, with the result being a loss in material wealth amongst both individuals and society as a whole.

Political counter-strategies are being used to halt this trend in Europe and Germany, and include efforts to better exploit the potential of all people of working age. The aim here is to not only bring more people into gainful employment, but also keep them in gainful employment over the long term.

Work design has a key role to play in this regard. With the aid of analyses of the strengths and weaknesses which manifest themselves more strongly in people as they get older, the Institute for Work and Health of the German Social Accident Insurance (IAG) has developed model workplaces for assembly and VDU-based work. These workplaces have been set up and tested with consideration of fundamental ergonomic principles. It has been proven that good ergonomic design alone is enough to compensate for most age-related deterioration in capacities and skills, and can deliver a preventive effect across all generations.